My studio has been quite the mess.

One of the problems I have with my music studio is that synthesizers take up a lot of horizontal real estate. Even when they're stacked, it's a big footprint, and up until now I've had keyboards leaning against a wall to try to fit everything in my tiny bedroom. It was an ungodly mess, and just being in such a cluttered room was halting my creativity.

I finally decided to fix it by mounting a keyboard vertically on the wall. It's an unusual position to find a keyboard and not one I've seen before, probably because it's not really 'playable.' But I am more of a keyboard programmer than a keyboard player, and, when I do feel the need to play, everything's connected with midi so playing a horizontal keyboard can trigger sounds from the wall-mounted keyboard quite easily. So there's really very little need to keep the synths laying flat.

Mounting a keyboard on a wall keeps it usable without using a lot of space. Win-win.

What I love most about this is the keyboards become almost like a work of art. I've always loved the design of my keyboards (I have refused to buy a roland because I think they're ugly) and mounting them like this makes a statement something like "I'm Beautiful, look at me. Now touch me."

Anyways, the process started in Sketchup (where I found my actual studio monitors, display, and one of my keyboards already made as 3D models), followed by some time in the shop where I wished I had a band saw to cut the rounded sections of the lower brackets, and finally followed by the actual mounting and massive cleaning of my studio. The mounts use a french cleat system so I can easily build and hang new brackets if I ever want to switch the keyboards around. It's also a screw-less system so popping the synth out for a show doesn't require any tools. 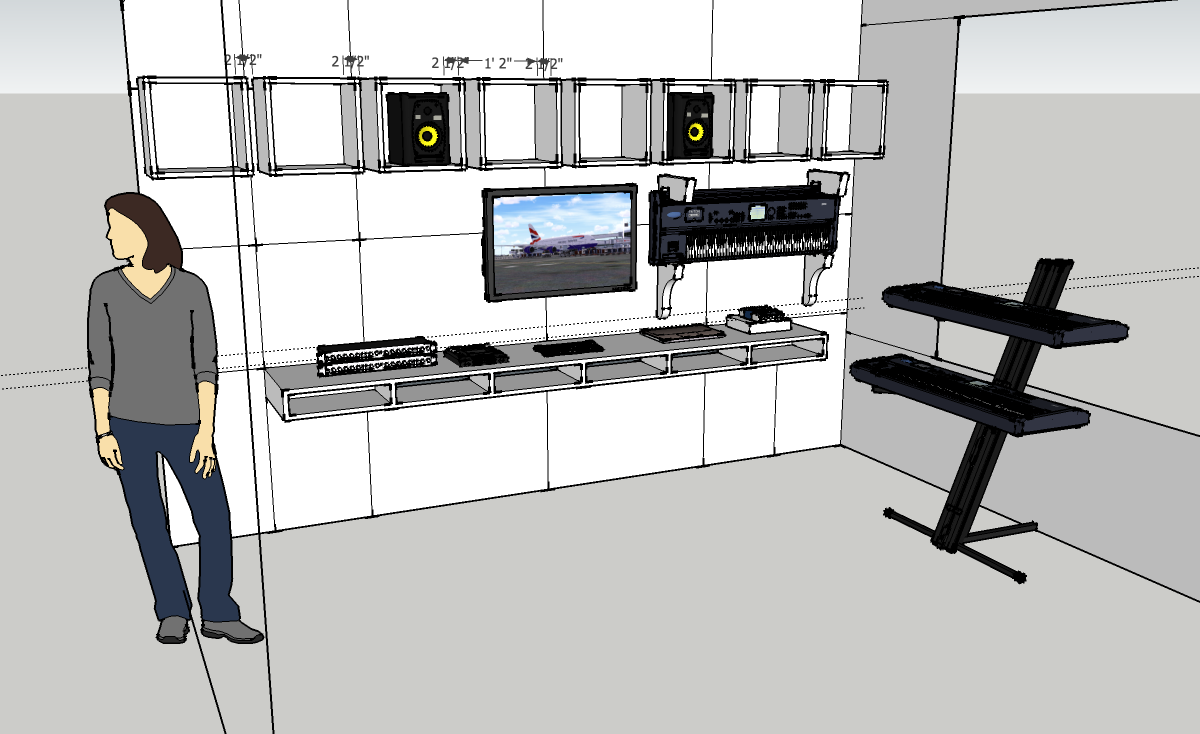 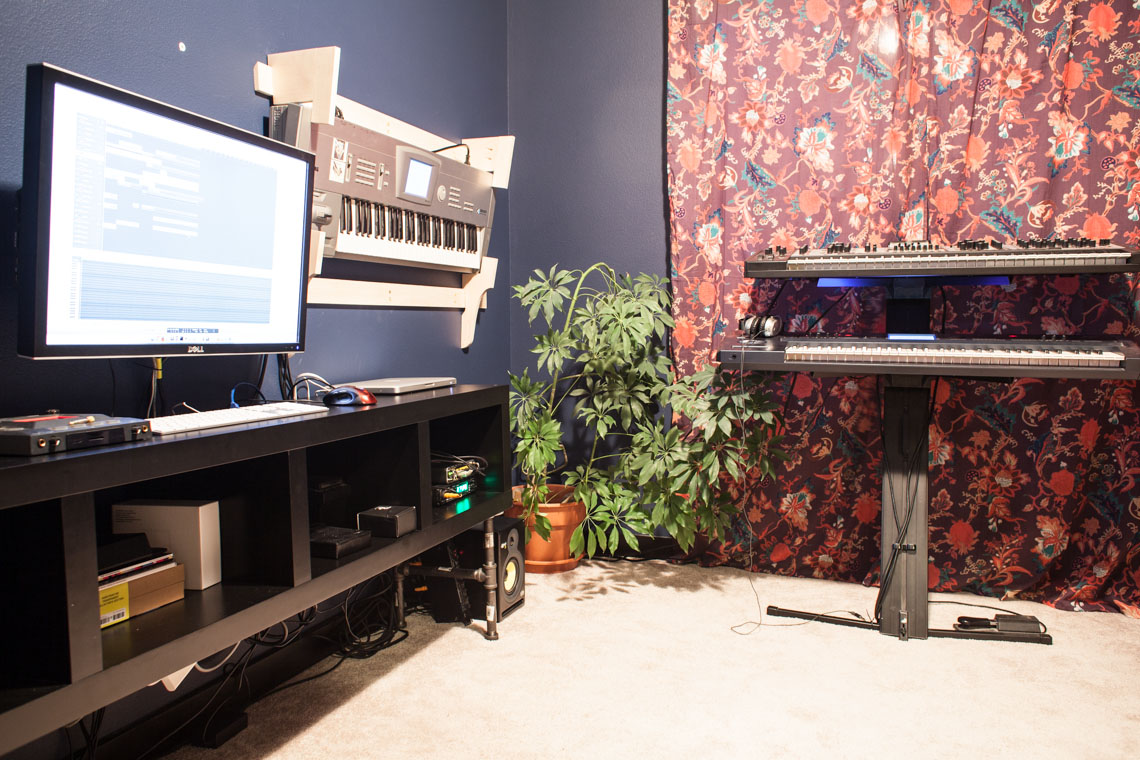 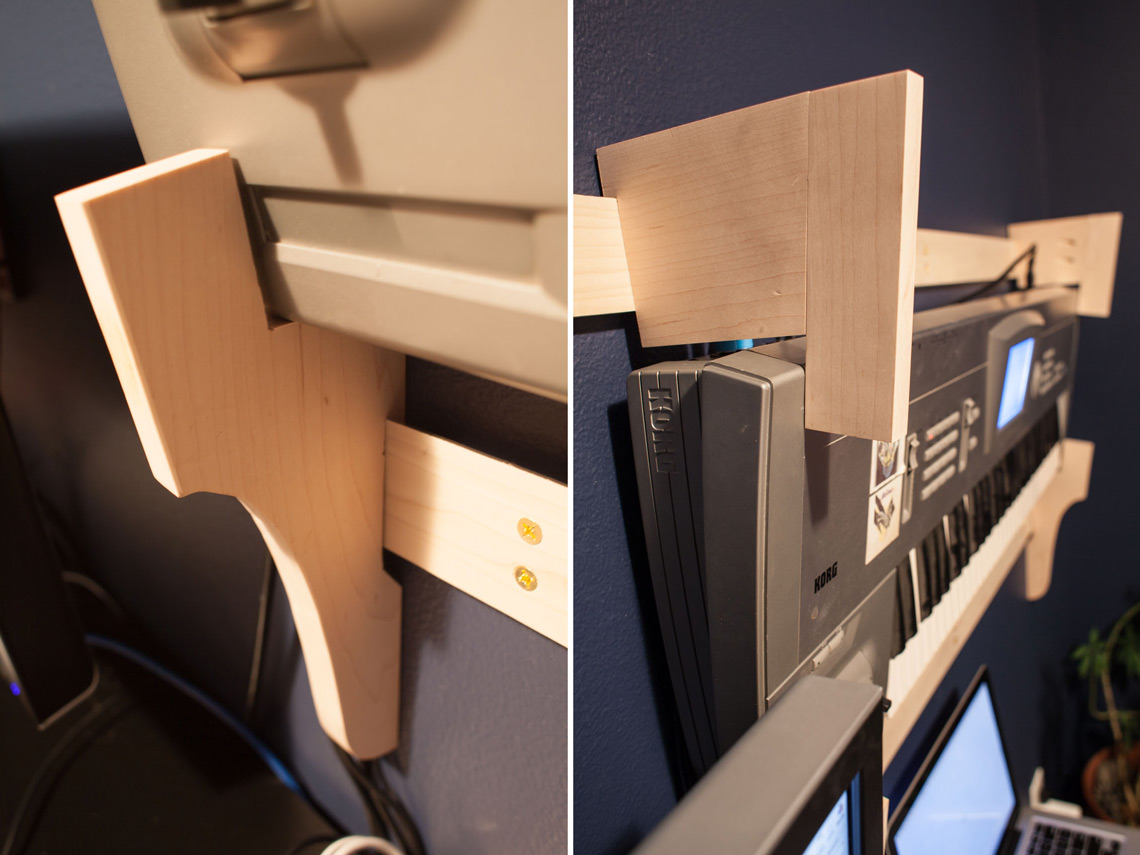 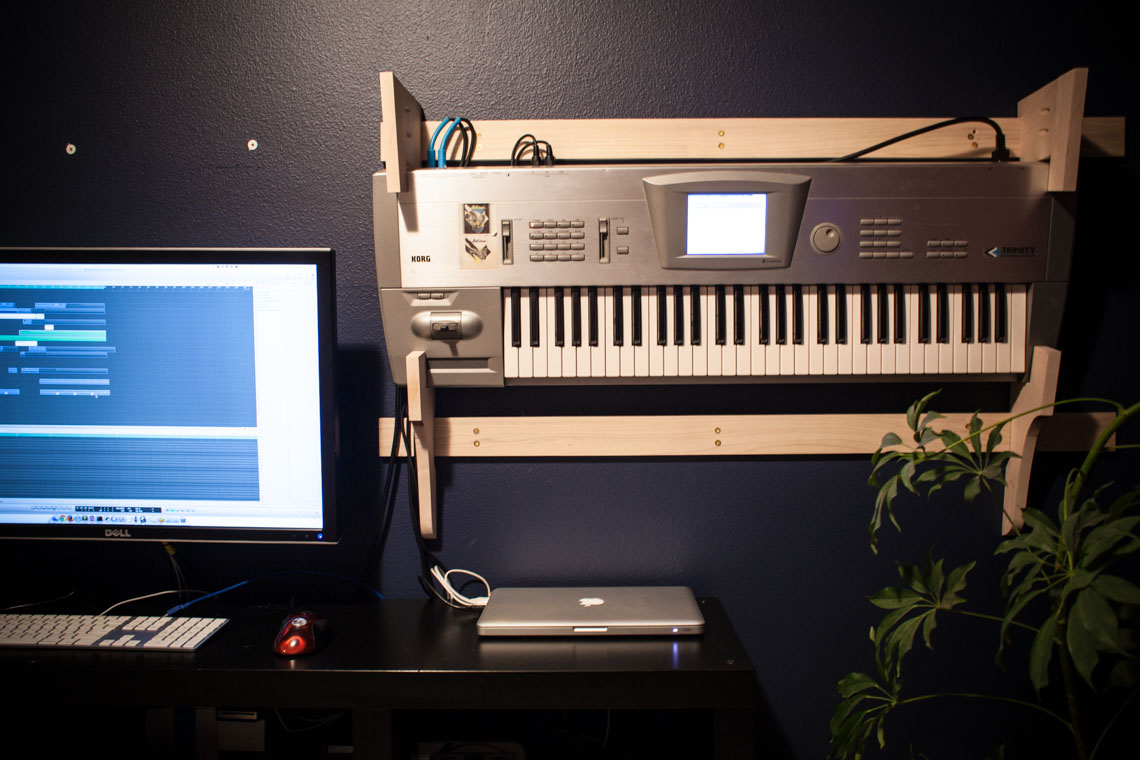