I've recently been asked about shooting photography at Burning Man. Having been fortunate to have participated in the Burn four times, I've learnt a few things that, hopefully, some will find helpful. I'm sure other photographers have different approaches, some which could work better than what I do, but this is what has worked for me. 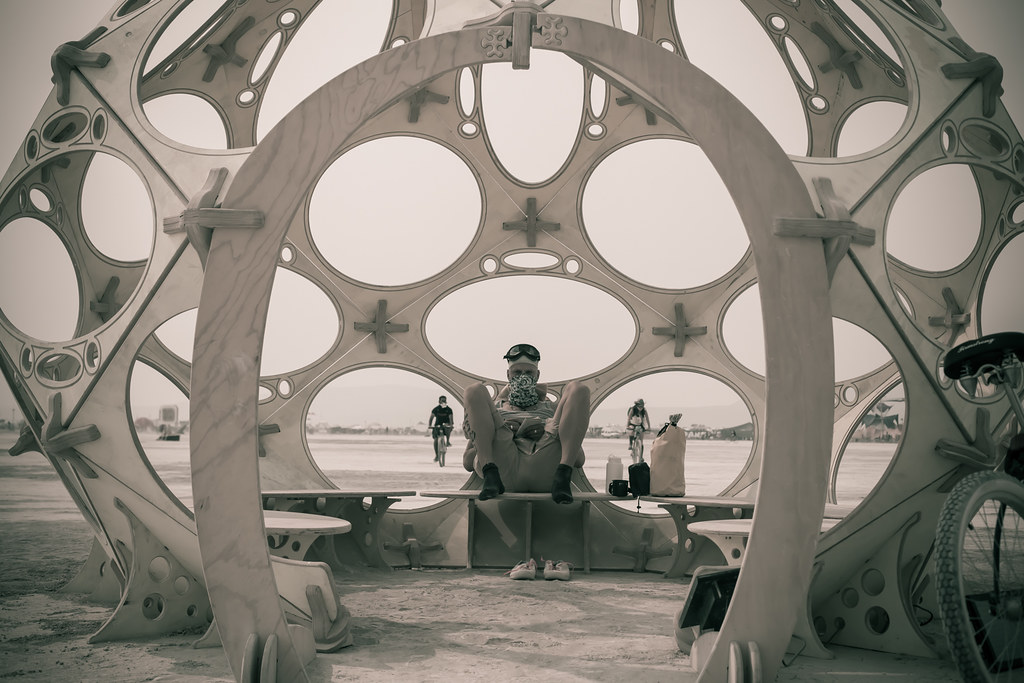 The single most imperative lesson to take with you when you go to Burning Man is to understand your environment. Playa is incredibly fine and will get everywhere, including in your camera and your lens. You do not want it in either of those locations, so plan on not changing your lenses, or at least minimizing the changes to as infrequently as possible. I travel with an empty surplus military bag that fits my camera and a lens or two, which allows me to change lenses in a (somewhat) protected environment. Some tape over any seams on their cameras, which I hear works well, but have only ever used a silicone cover which helps a lot. 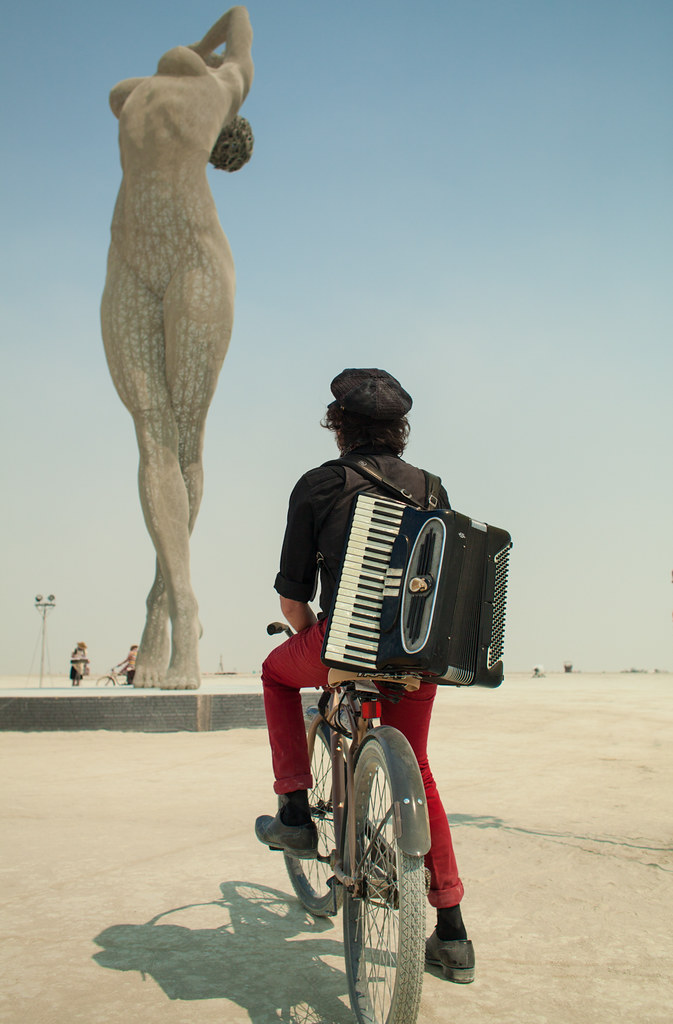 I also recommend traveling with a weather sealed lens. If you're traveling with a kit lens, think about picking up a 50mm prime (the 1.8 is $100 but the 1.4 is weather sealed and will last much longer). Because a prime lens doesn't zoom, there are fewer moving parts and fewer ways for the dust to get in. Also, both lenses are pretty good in low light, so you can get some decent shots after dusk.

I do know that I will definitly one year return from Burning Man with a dead camera. Until then though, I want to take as many great pictures as I possibly can, so I use a bit of caution but don't feel the need to baby my equipment. 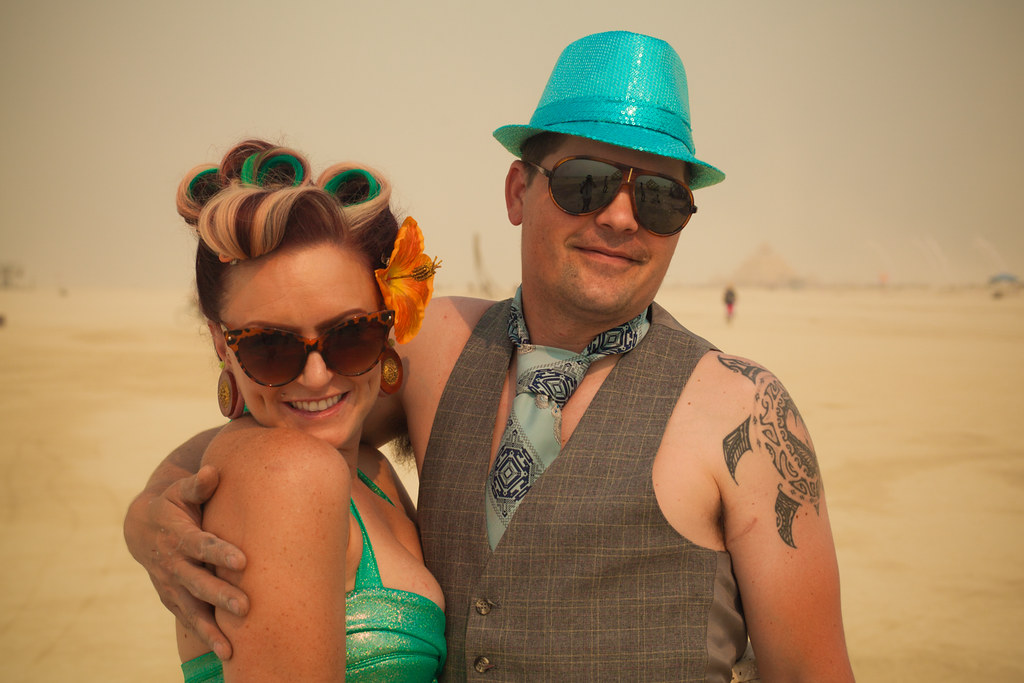 Although there are many people whose outfits and attitudes say 'Look at me,' always ask for permission. I once was shooting an event my wife was putting on and many people were happy to pose for the camera. There were people that were shy about it and, of course, I didn't take any pictures of them. I thought this was fine, but one guy became pretty aggressive and called me a dick for taking his picture. I was unclear because he wasn't in frame, and showed him that he wasn't, but he was still (rightfully) upset because I hadn't asked anyone's permission. So always ask! And if someone is having a tender moment, let them have that moment. Don't intrude. Be respectful.

It's also a good idea to travel with some pens and a paper to get people's email addresses so they can actually see their portrait when you've posted it. I've established some great relationships with rad folks after giving them either prints or high-res photos. 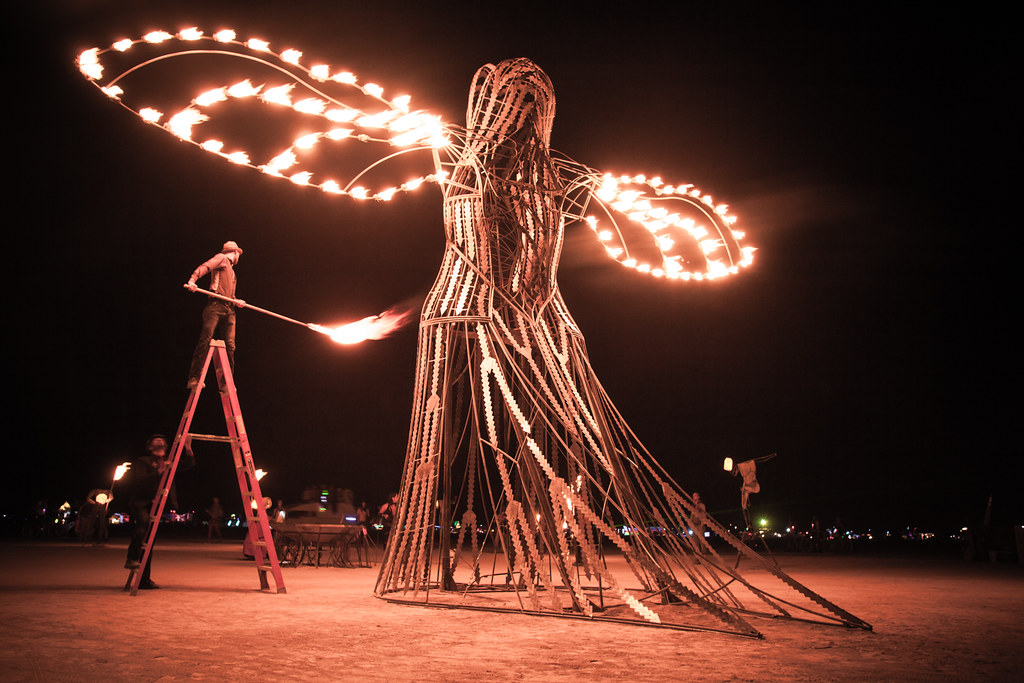 Burning Man lights up at night with a variety of fire sculptures, programmatic LEDs, and well-lit artwork. Be prepared for inspiration, even well after the sun has gone down. 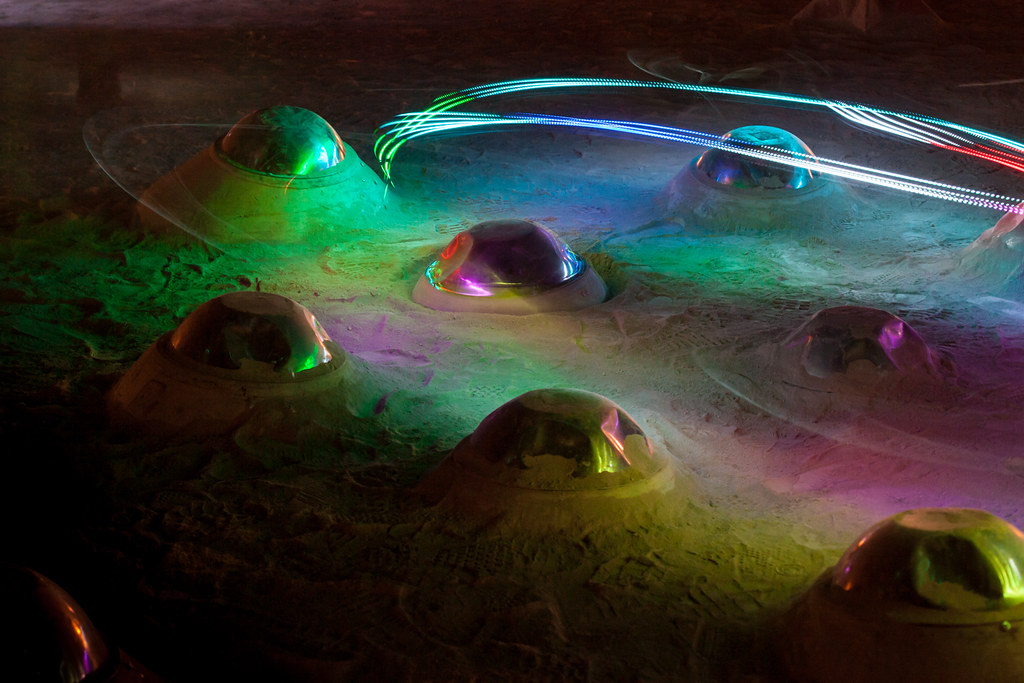 I take two things with me to shoot at night: a tripod and a flash. The tripod allows me to keep my lens open for long enough (sometimes around a second if I'm shooting fire, sometimes around 20-30 seconds if I'm shooting a piece of art) without any blur from shaking my hands. However, when it's very dark it's ofen difficult to focus, which is where the flash comes in. I don't actually use the flash to light the scene, but some flashes will fire an LED light when you're focusing which gives your camera something to focus on. It makes focusing in the dark a cinch. 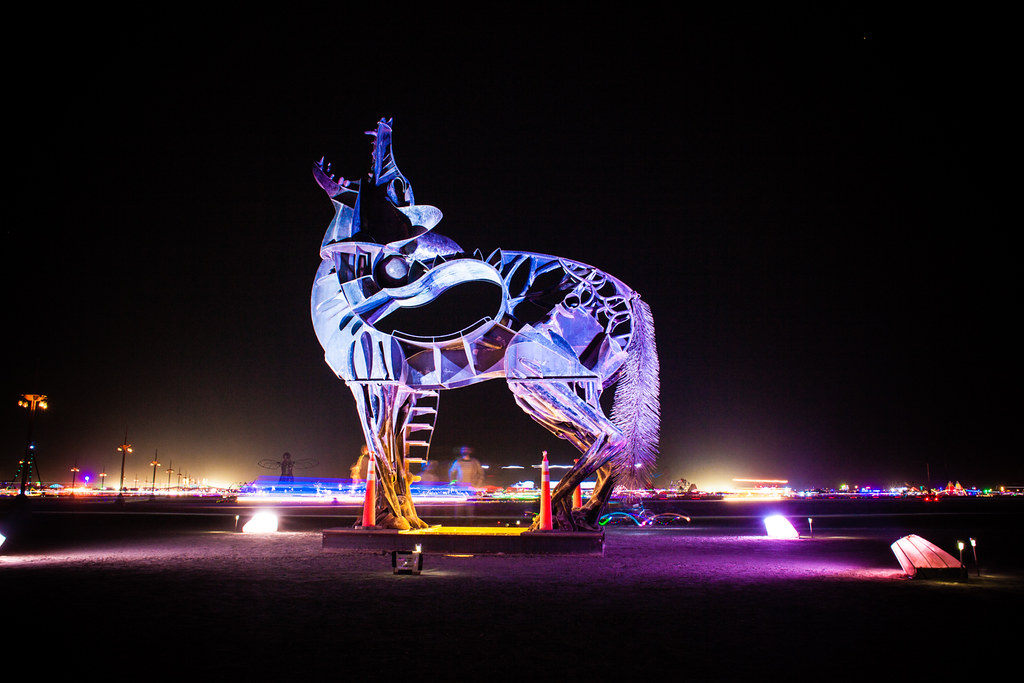 This is a great opportunity to meet a bunch of super talented photographers. Check out Trey Ratcliff's page all about his photowalk and then clear your schedule for Tuesday night. I went on the 2013 walk and it was a huge hilight for me. Some of my favorite photos from that year were taken on the walk: 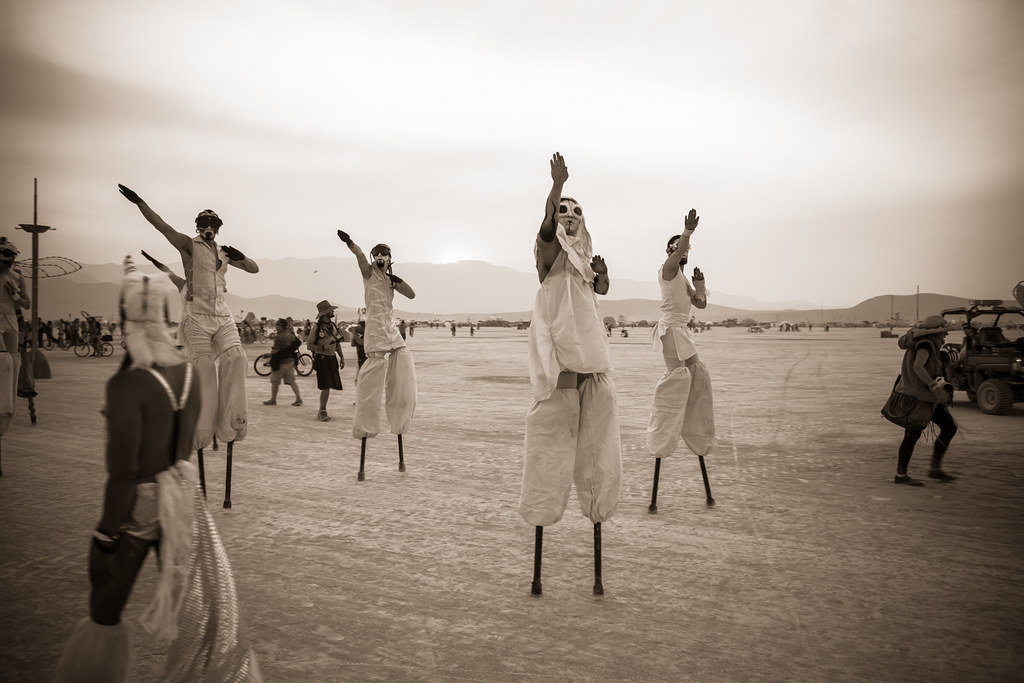 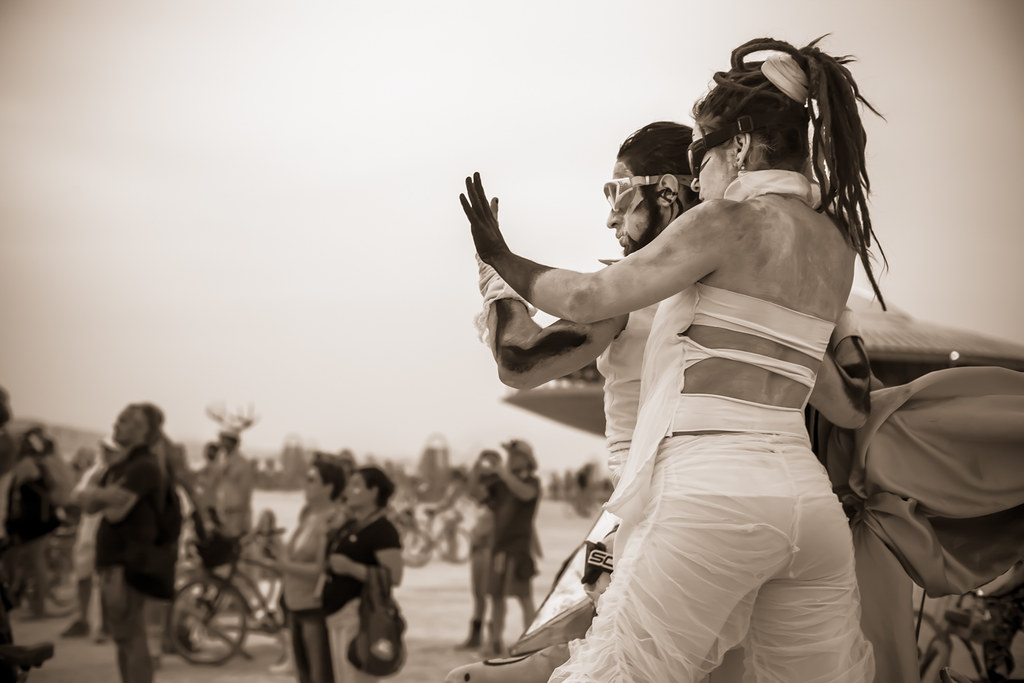 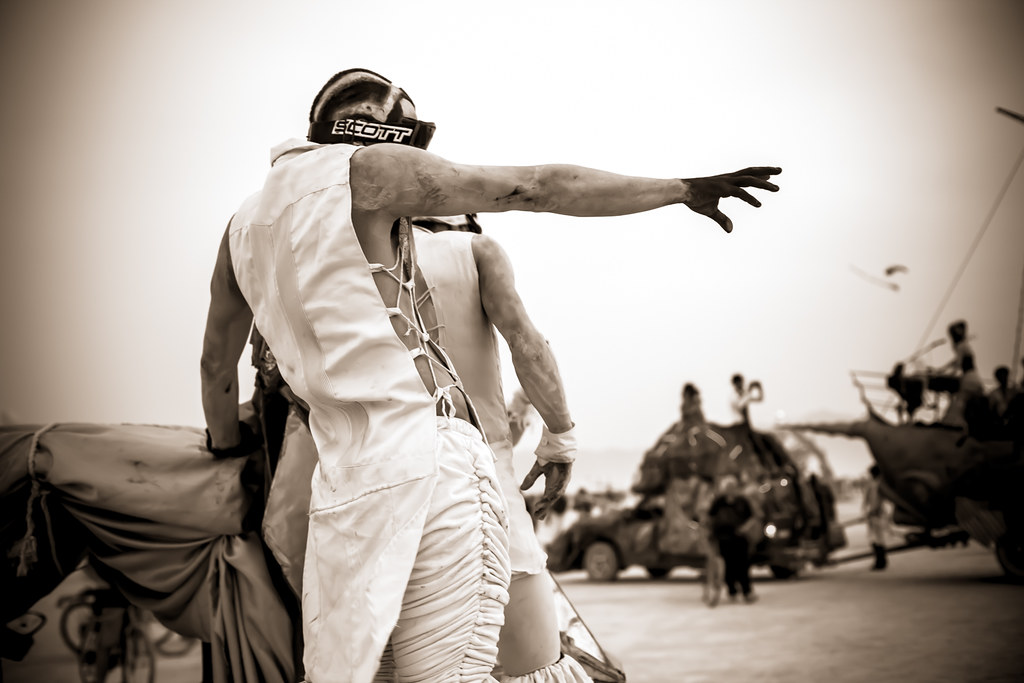 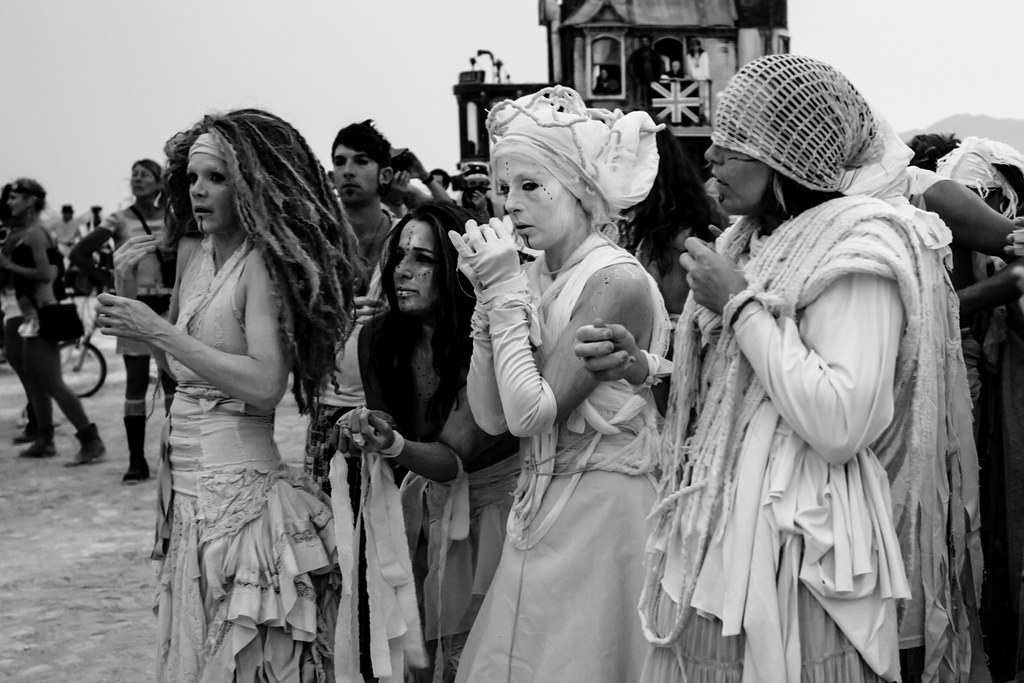 When you've returned home, had your fifth shower and backed up all your photos, be sure to share them! If there's a decompression in your area speak to the people putting it on about putting on a short slideshow. If you have a decent photo printer, gifting your friends with photos of them is a very rewarding and in-the-spirit-of-burning-man. 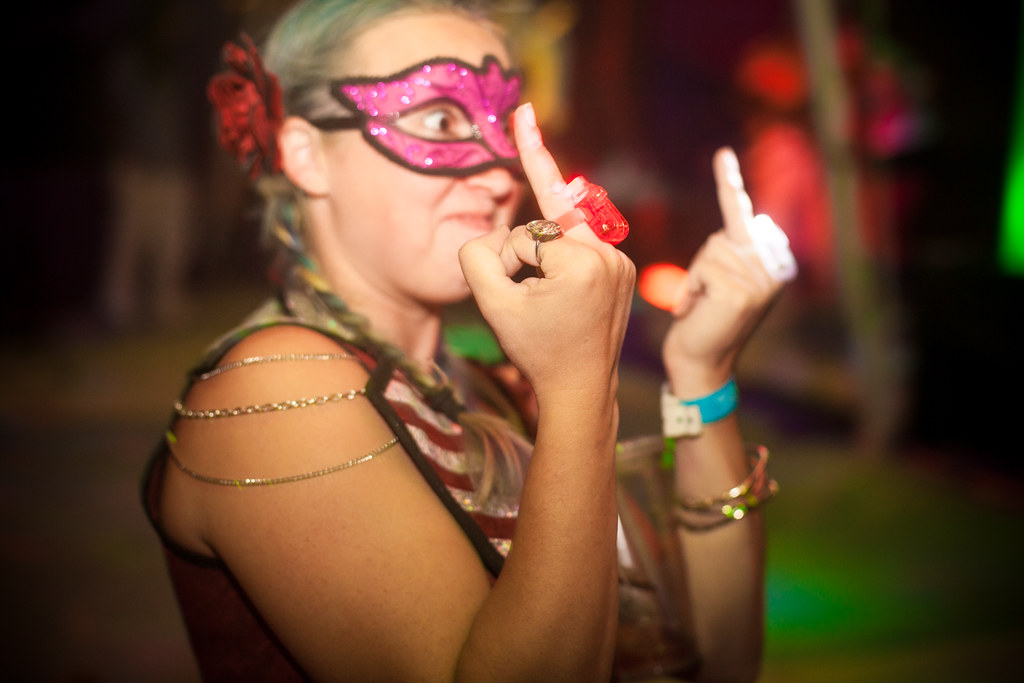 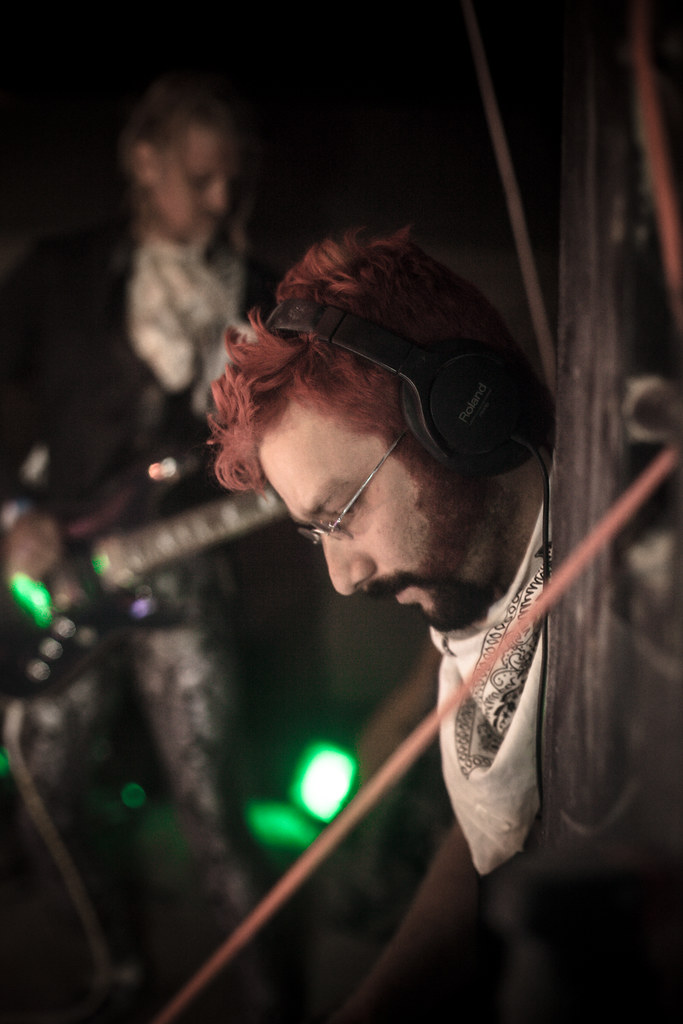 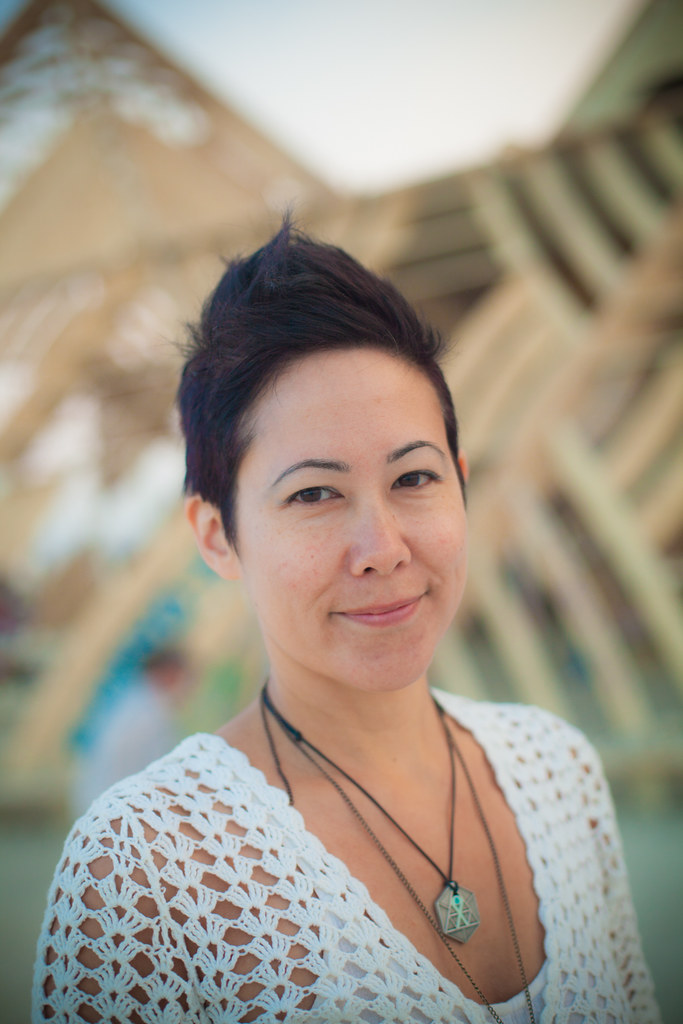 Most of all, have fun and enjoy the experience! Please hit me up on twitter @lucastswick to ask any more questions or share any photos you take. I'd love to see them!